Difference between revisions of "Modular Standards" 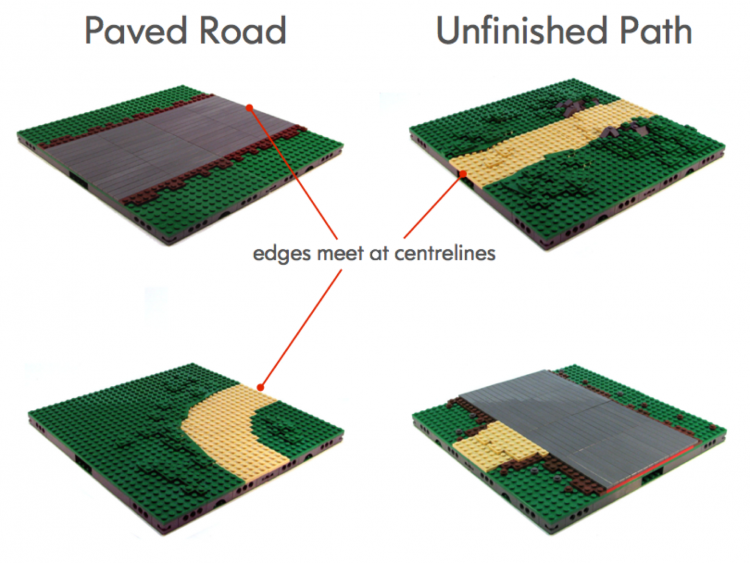 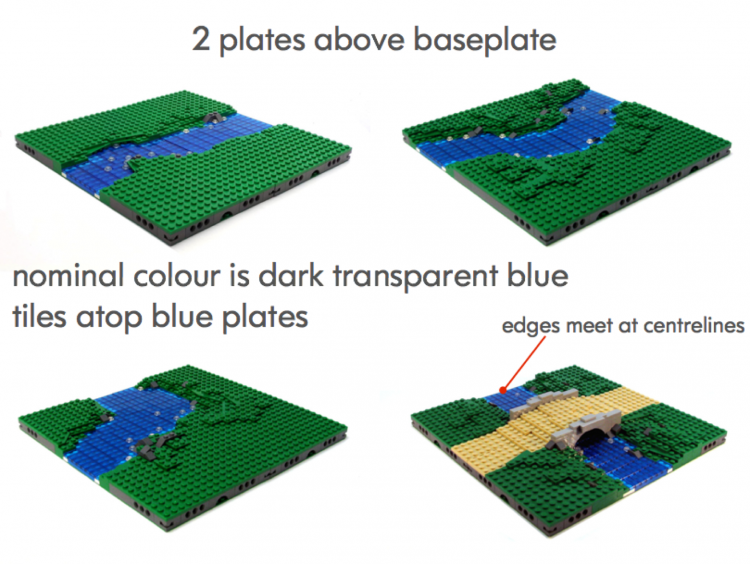 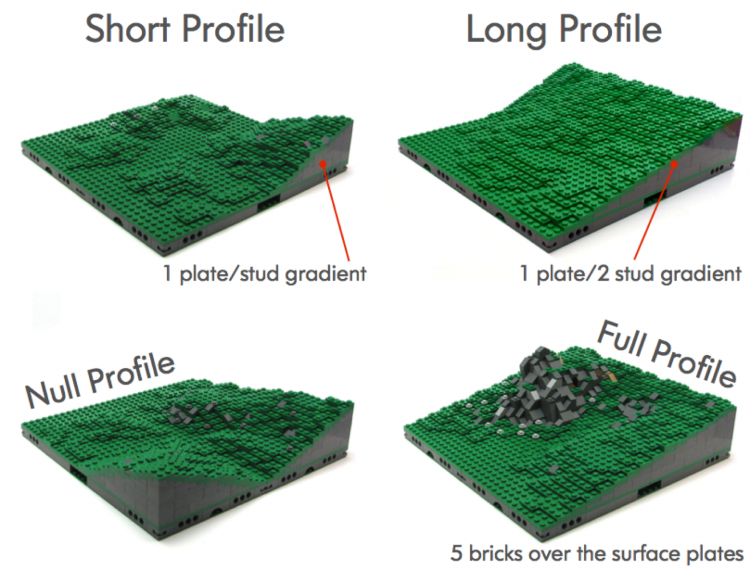 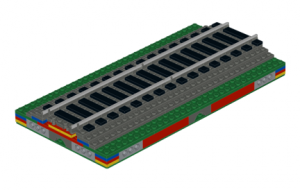 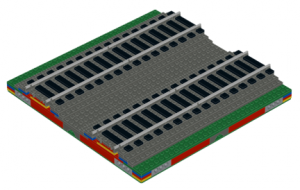 For layouts which need to transition to sections of the layout built at the conventional height of a baseplate, a set of 3 modules can be built which act as both a functional and cosmetic transition between a MILS layout domain and a baseplate/tabletop domain. This transition provides a mounting base for ballasted straight track along a smooth nominal gradient of 1 plate/16 studs. 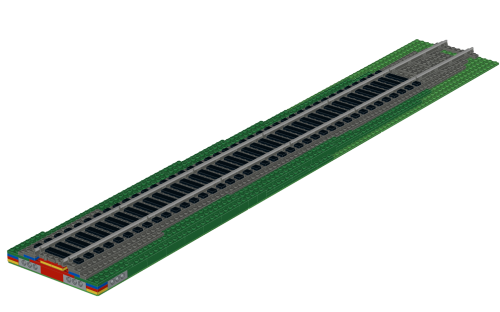 Level crossings over roadways can built in a modular fashion and fully self-contained within a single MILS module. 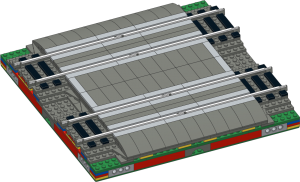 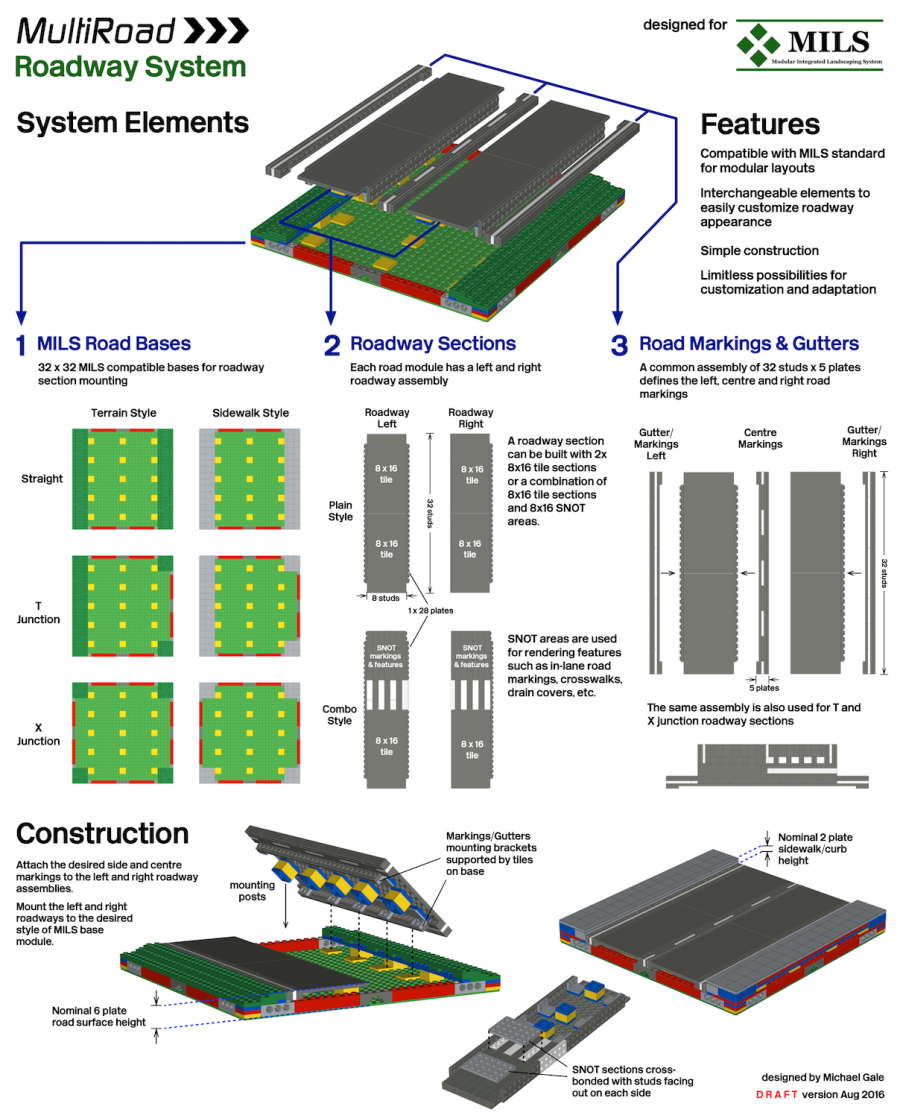 The MultiRoad system basically involves combining the different elements together for a desired road configuration. All of the elements are designed to be interchangeable and can of course be customized further.

Instructions for all of these elements can be found in the Reference Instructions section. 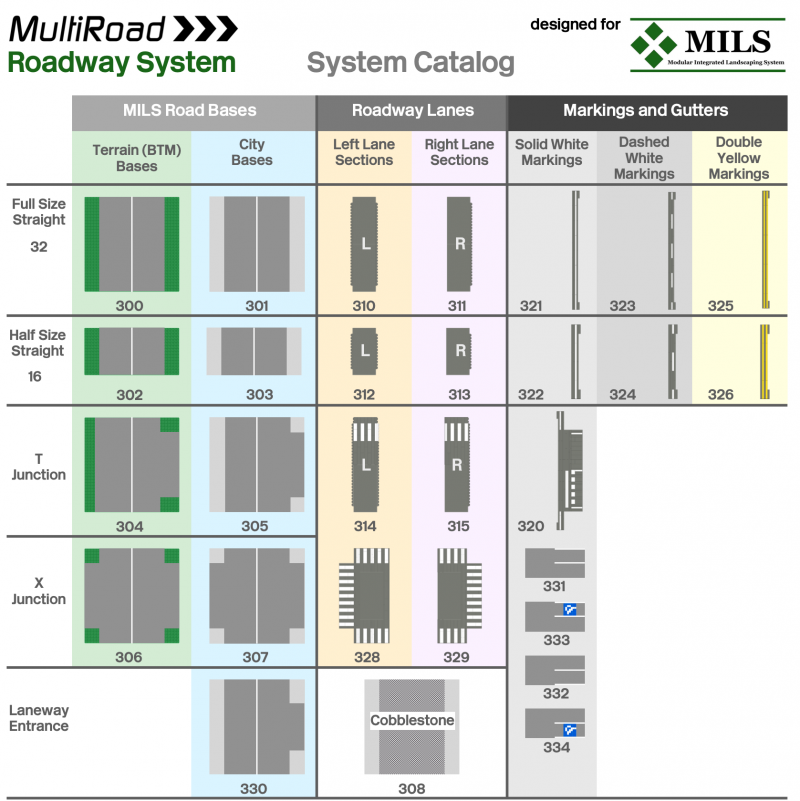