Difference between revisions of "Track Geometry"

L-Gauge refers to a fundamental "standard" gauge of 5 stud intervals (40 mm) between the centres of the rails. This results in 4 visible studs between the rails. This gauge has been in use since the origins of LEGO® train set products introduced in the late 1960s. Over the years, LEGO® has evolved the track elements starting with track built from discrete 2x8 plates with 16-stud rail elements placed onto the plates. This evolved into the 12V train system which made the track more robust by introducing clips to secure the rail to the sleeper/tie plates. In the early 1990s, LEGO® introduced the 9V train system. With this came the monolithic track assembly whereby the rails and sleepers/ties were molded as a single element. This results in a very robust track assembly and also allowed for a more realistic rail profile to be rendered in the mold. The 9V track system also included metal capped running rails. The capping was made from a preformed U-channel nickel-silver metal section which clipped into the plastic track assembly. Sadly, LEGO® discontinued production of the 9V metal train track in 2006. It was replaced with an all-plastic track system called "RC track". To LEGO®'s credit, the geometry, gauge, profile, etc. of the RC track system was nearly identical to the 9V track it replaced. This allowed existing rolling stock to be used on both systems and even allows RC and 9V track to be connected together since they share the same track connector system. In addition to the "standard" gauge track system, a "narrow" gauge system exists which nominally has 3 studs (24 mm) between rail centres. There are very few track elements in this system and most "narrow" gauge modellers build their track discretely from other LEGO® elements. 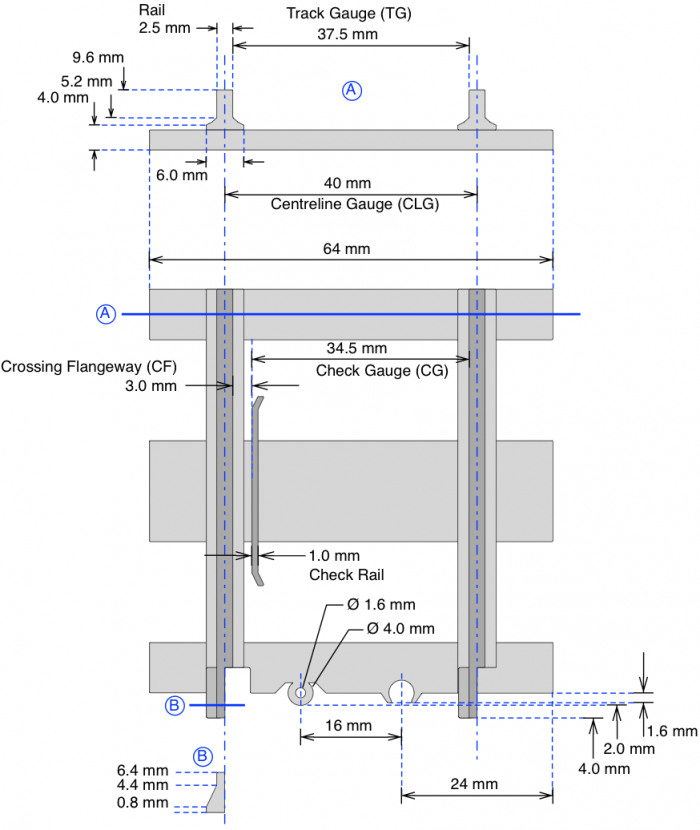 The diagram below shows an overview of the LEGO® train track system. A nominal 16 stud grid interval is superimposed on the diagram to show that many track relationships are nominally aligned to 16 stud intervals. A convention of maintaining 16-stud spacing between adjacent parallel track centres is very widely adopted and is strongly recommended. The 16 stud interval is also very common among many LEGO® baseplate sizes and therefore track elements can often be mounted to baseplates with connector ends flush to the baseplate edges.

LEGO® brand and ME Models track elements are shown together in this diagram. In order to differentiate the two product sources, LEGO® brand track is illustrated in red. 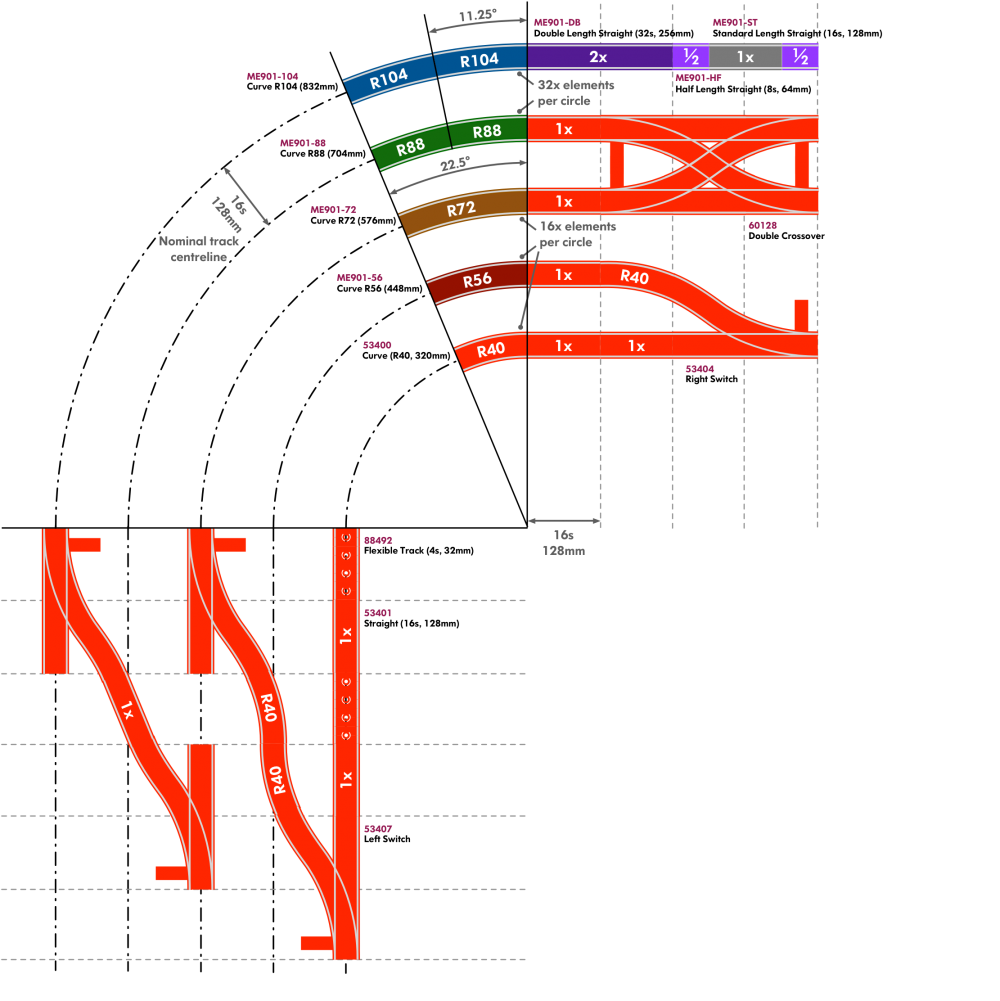